Hyoho Niten Ichi Ryū and the Dublin Kenyu Bu share Niten under the "Dosokai’. This is the idea the "everyone is a student", thus there are no belts, no grades, no ranks. All we do is provide an opportunity to practice Hyoho Niten ichi Ryū kenjustu as was taught to us by the 12th headmaster of the style, Kajiya Soke.

O'Brien is a two-time Bronze Medalist in Iaido, has represented Ireland at the European Iaido Championships, and received the Fighting Spirit Award from Oshita Masakazu Sensei at the Masamune Taikai in 2015.

He began his study of Niten Ichi Ryū in 2011 and received direct instruction from Kajiya Soke, (12th headmaster of Hyoho Niten Ichi Ryū) in 2014.

O'Brien is a dedicated martial artist who began training in the martial arts in 1985. He has been in consistent training since then, studying a variety of traditional martial arts and systems; including Shotokan Karate (6th Dan), Aikido (2nd Dan), Kobudo, and more. In addition, he has made a serious study of modern martial arts and reality-based systems. He has a number of high ranks in these ryū’s and systems and is a recognized instructor.

He is also a noted author and columnist and has been writing on the martial arts and other topics for over 10 years. O'Brien is also a former President and Secretary of the Iaido Association of Ireland.

He has been authorized to open a study group for Hyoho Niten Ichi Ryū by Takanori Kajiya Soke, 12th headmaster of the school.

Kennedy has represented Ireland multiple times at the European Iaido Championships and European Jodo Championships. He was awarded Bronze medals at the BKA Jodo National Championships 2017 in the Shodan category and 3-person Team Category. 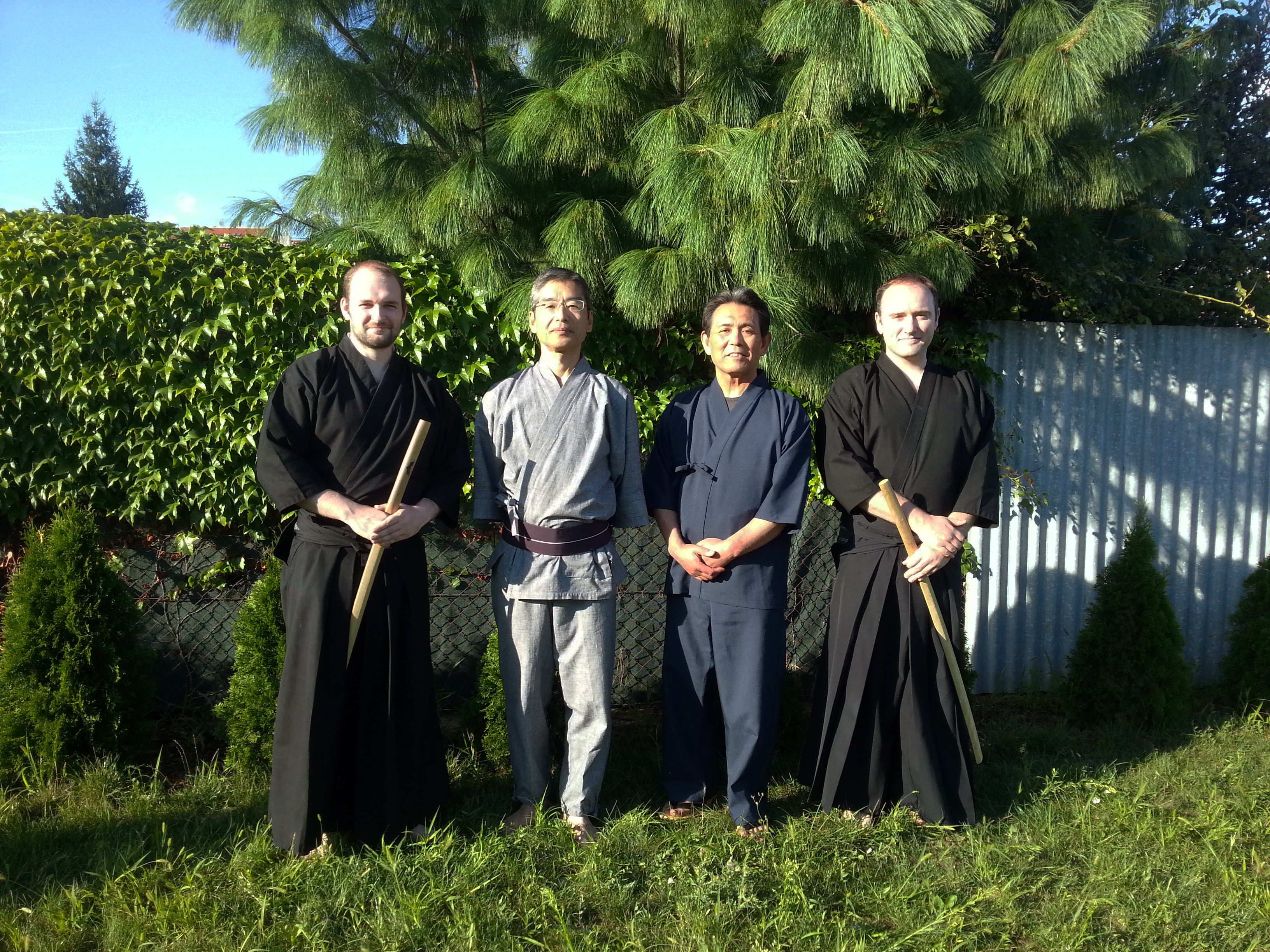 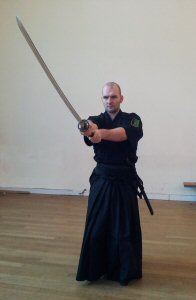 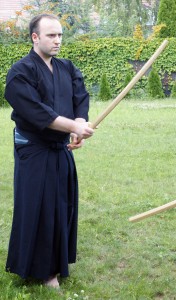 John Kennedy practising chudan no kamae under the supervision of Kajiya Soke, Slovakia 2014